I had to cut out most of this forum scene describing historic events, but thought someone might find it more interesting than a simple chronology.

Rhythmic beating resounds from the street outside, getting louder all the time. People rush 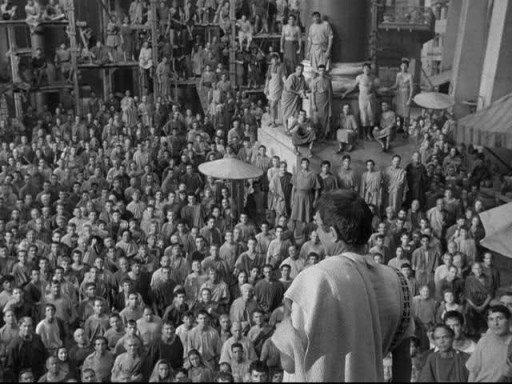 around, shouting. Boys drag each other out into the street as the sounds of drumming and heavy boots increase. Several young men sidle off through a side archway. What’s going on?

Venturing out into the bright sunshine, I watch the drama. A tall, proud man in full military regalia is leading a shabby troop of around fifty sweaty soldiers, who march by, accompanied by second-rate drummers and four hesitant pipers. Behind them, a crowd has formed – for the most part children and young women, with a few men – and I join it. Without thinking, we all fall in step with the rhythmic drumming as the procession advances towards the main square.

In the forum, the troops line up in front of a wooden dais. Several important-looking men mount the stage. There’s to be a public address. By now a large crowd has gathered; I withdraw to the colonnades of the stoa, which offer me welcome shade from the burning sun. From here I can watch and listen without risking getting involved in something I might regret.

The crowd around me is restless. A tall, grey-haired man with a cane struggles onto the stage. The murmurings increase.

Next to me a chubby, middle-aged woman with a string of onions and two ducks over her shoulder is watching the proceedings, wide-eyed. I turn to her. “Who is that man? What’s going on?”

Startled at being distracted, she glares at me. “Are you the only one who doesn’t know our venerable Duumvir Maxillus? Where are you from, lad?”

“Sorry. I’m from Submonte and we don’t hear much about life in town. You seem worried about what he’s going to say …”

“I should say so.” She touches my arm in a motherly way. “But let’s listen.”

Short of breath and leaning on his cane, Maxillus addresses the assembled crowd: “Honourable nobles, respected councillors, worthy citizens, faithful servants, young and old, I welcome you to this gathering on this rather salutary occasion.

“We have much to be thankful for. But I believe it behoves us to look back over the tumultuous years our Republic has been through recently. The older ones among you – like me – will remember, for instance, that divine portent of the sun going dark for more than a year …”

“Oh, yes, how well I remember that,” my companion exclaims. “Unbelievable. We were all terrified. Had no idea what was happening. Could hardly see a thing even at midday. Snow in summer and all the crops failed! A portent indeed!”

“ … to warn us of bitter times ahead,” Maxillus continues, “wars and rumours of wars, times of pestilence, affliction and deprivation …”

“Couldn’t buy grain for love nor money, let alone wool or new pots. Tools and weapons were also nowhere to be had.”

“ … I, too, took arms and went out against the brutal marauding Goths, leading a centuria of recruits,” Maxillus continues. “We only had a few mules to carry our supplies – tents, blankets, pots, spears. We marched for days through bitter storms, with no proper shelter at night. The peasants were reluctant to share their meagre food rations with us, though we were defending them from the aggressors. When, at last, we joined up with Belisarius’s troops and came face to face with the invaders, we regretted it bitterly.”

He sighs and has difficulty continuing. “We outnumbered them, but they were rested and better equipped. And they were cruel. We didn’t stand a chance.” Again he pauses, lowering his gaze and shaking his head. “How many of my friends did I see hacked to pieces by those hateful axes, or skewered by their spears. I was wounded and left to die in the mud. As you can see, my leg never recovered.” He pulls himself together and looks over the attentive crowd. “And how many of you – like me – later made the ultimate sacrifice of sending our beloved sons to war – and never seeing them again?”

A murmur of assent rises from around me.

“Yes, notwithstanding the collective might of the imperial forces, we had to retreat and submit to the rule of those heretic barbarians for many a long year. I was in Rome to be nursed when that glorious city was brought to its knees under Totila’s siege and pillage. I don’t doubt he would have murdered us all, if it hadn’t been for the pleas of the Holy Father Pelagius – he wasn’t yet Pope at that time – who even poured out his own fortune to feed the famine-stricken populace. As it was, more than half the citizens starved to death. They destroyed most of the aqueducts and left the city little more than a ruin.”

“I never heard of that! When was it?” I ask my neighbour. My hand wanders to my eagle pendant.

“When our Urbanus was a lad – must have been twenty-five years ago or so. Long before you were born! It was about that time that Totila arrested Cerbonius for hiding imperial soldiers…”

“Who’s that?” I glance up at my companion.

She looks at me with disbelief in her eyes. “How is it you don’t know our good Bishop? He lives over at your end of the island – in a cave on Monte Capanne. Didn’t you say you were from there?”

“Well, yes. But I don’t know of anyone living in a cave. Why that?”

“I’ll tell you later, if you’re interested. Let’s listen now to what Maxillus has to say.”

“ … as you know, the great General Narses arrived from Constantinople. And he it was who delivered us not only from the Goths, but also from the Franks and Alamanni, who had come over the Alps as far as the River Po, seeking their share of the plunder. After that, we enjoyed a semblance of peace, but the country had been so ravaged by the wars that starvation was rife. Of course, here in Ilva we had not suffered so much destruction, but it has taken us a long time to rebuild a functioning state.”

“What’s the point of this melodramatic history lesson, I wonder,” the woman murmurs, “We know how it was. At least now the wars are over and we can get on with living. I thought he’d have something important to say.”

“Look!” I point at the magistrate. “He’s beckoning to that soldier – the one who was leading the procession – to come up on stage. There’s going to be another speech, it seems.”

“ … I’ve reminded you all of this, dear citizens, for a good reason. I’ve asked Centurion Didymus from Corsa to fill you in on the latest events and explain why we’ve summoned you all here today.” He steps back to let the newcomer take the stage.

“I didn’t know we had been summoned,” I remark. “I came here by chance.”

“Thank you, most honourable Maxillus,” the pompous officer bellows, “for your eloquent and informative introduction. And thank you, all you good people, for coming here today.”

“Does everyone from Corsa speak such a strange way?”

“I guess they do,” the woman replies.

“Some of you will not appreciate the message I’m bringing, I’m afraid,” he continues, flinging his cape over his shoulder to reveal the medals glinting from his leather doublet. “I’ll keep it short. Three years ago, a new tribe invaded Italy from the north, the Langobardi …”

“It doesn’t sound like a laughing matter to me,” she chides. “Jupiter help us, if there’s another war brewing! Haven’t we had enough young men’s lives wasted?”

“These new attackers are even more primitive and cruel than all the previous barbarian aggressors. They have already swept through Venetia, overrunning Tarvisiu, Vicenti, Verona, Brixia and Bergomum.” He recites these unfamiliar names as if to impress his audience with his learning. “And the latest news we have is that they have even conquered Mediolanum! Archbishop Honoratus and many innocent citizens have had to flee for their lives to Genua, which is still held by the Emperor’s forces.”

He lets the significance sink in. “Their brutal king Albion is so brazen that he has assumed the title of Dominus Italiae! I’m here, this day, to recruit troops to drive them back across the Alps. All able-bodied men between sixteen and thirty-five …” He scans the crowd. “… are to register at the desk over there.” He points to the colonnades. “Volunteers first. As successful candidates, you will be told what to bring with you when you report for service at our galleys on the ides of November. You will be sailing to Corsa for some months of initial training. Then we transfer to the mainland, based first in Populonium. As soon as we have our provisions and armoury together, we’ll move up north to join Longinus’s troops, who are doing their best to defend Ticinum against the aggressors.

“I’m sure you’ll consider it an honour to fight for your people and your country. But, in case I don’t have enough volunteers signing up, I have the Duumvir’s permission to conscript eligible men from this town. And I’m sure the magistrates in the outlying villages will be equally cooperative.”

“Good fortune,” she mumbles, her expression halfway between relief for my sake and bitter sorrow, as her next remark explains. “Otherwise it would be: Goodbye Mother, goodbye Father. See you in a couple of years’ time, if the gods are kind!” Tears well up in her eyes. “Our Urbanus never came back …”

2 thoughts on “The sun was dark for a year!” 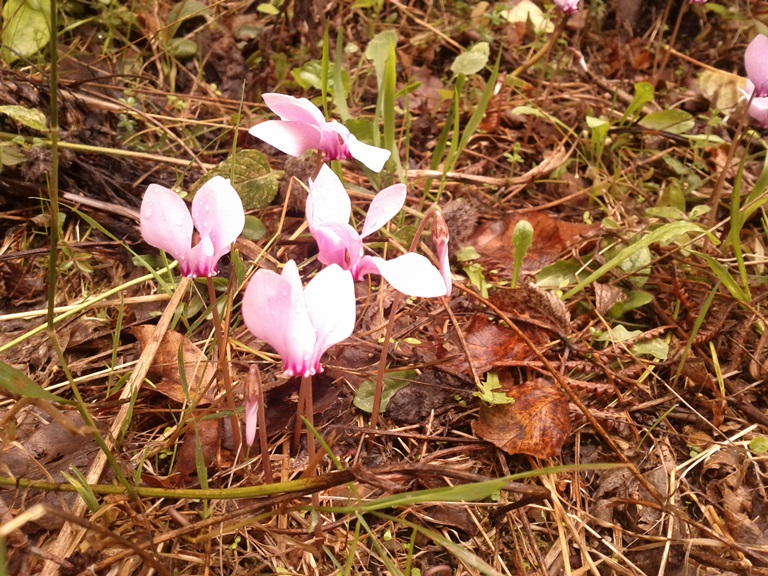