Cerbonius again took a seat on his favourite boulder and Silvanus sat at his feet. Then the Bishop told him a parable, saying:

‘A certain farmer lived with his wife and two young sons on a small island. Their possessions consisted of little more than a simple hut, several hens, three goats, a few vines and an ancient olive tree. Although the family meticulously gathered most of the olives, fermenting them in clay pots using rock salt, some were found by the hens and wild birds.

‘It happened that a gull, which had swallowed several olives, was attracted by the sight of a

passing merchant ship, to which it flew and settled on the gunwale, to watch and wait. When the ship’s cook at last cast some waste food overboard, the gull soared off to catch it, first leaving a white splash of droppings on the deck, as is the habit of such birds. When no further food was forthcoming, the gull returned to the island and the ship sailed on.

‘Now, as is often the case on larger sailing vessels, a family of rats dwelt on board, and every night they emerged from their hiding places to scavenge for anything edible. After some days, one large rat discovered the gull’s droppings, which included the undigested remains of the stolen olives, which it swallowed. However, a sailor was observing the stars that night to verify the ship’s course and noticed the rat scuttling behind a pile of rope. Grabbing a broom, he chased the vermin and swept it overboard.

‘The rat swam for its life and just managed to reach the shore of a tiny island, little more than a lone rock, and dragged itself up the sandy beach. After some time it, in turn, excreted the olive stones, one of which germinated and thrived in the favourable warmth and humidity of that islet, growing over the years into a healthy young tree.

‘As the years passed, the farmer’s younger son, now a young man, grew dissatisfied with his family’s meagre living conditions and fashioned himself a small boat, with which he hoped to discover new shores and a more prosperous life. Heartbroken, his mother handed him what little food she could spare, together with a skin of wine, while his father inundated him with severe warnings and admonitions, and they bade him farewell. And thus he set forth on his venture.

‘Now it happened, after some days at sea, that dark clouds appeared and soon a raging storm developed.  Rain poured down and the waves reared up and tossed the tiny boat mercilessly, finally driving it onto a submerged reef, where it broke asunder. 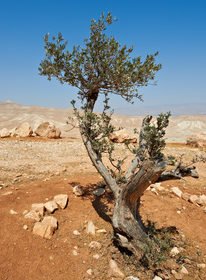 The poor lad barely managed to reach the shore of a tiny island, little more than a lone rock, and dragged himself up the sandy beach. A single olive tree grew among the rocks and a single rat emerged from a hole to observe the new arrival.

‘Bitter were the fruit of that tree but they did provide the lad with some nourishment. Sparse and brackish was the water in the rock pools but better than nothing. And so he survived for several weeks with only the lone rat for company, little knowing his only food stemmed from his own father’s tree. As the weather grew cooler, he succeeded in making a fire from some of the wreckage of his shattered boat. And so it was that one day a sailor on a passing ship caught sight of a plume of smoke and set out in a dinghy to investigate its source.

‘Kindly treated by the crew, the lad was soon restored to his former health and after some days was put ashore on his family’s island. Great was his parents’ relief and joy on seeing him well, and he vowed never again to venture forth.’

Silvanus frowned and peered at his mentor for some moments before asking him to explain the meaning of the parable.

Cerbonius replied, ‘I’m afraid even such devout believers as the much-aligned Pelagius and my learned compatriot Augustinus have indulged in endless disputes over whether everything that happens is foreordained by Almighty God or results from the chance interactions of natural causes.’

‘So, which view is correct?’

‘What do you think? Did God arrange for that gull to drop the olive stones on the ship’s deck, for the rat to swallow them, for the sailor to sweep it overboard, for the rat to swim to the rocky islet, for the seed to germinate and grow? Did He also steer the lad’s boat to be wrecked on that same island, and cause the sailor on the passing ship to rescue him and return him to his former home?’

‘How should I know?’

‘You cannot know.’ He nods, his smiling eyes fixed on mine. ‘Indeed, we have no need to fathom our Heavenly Father’s methods. It is enough that we thank Him for the mercies we experience at His hands.’ 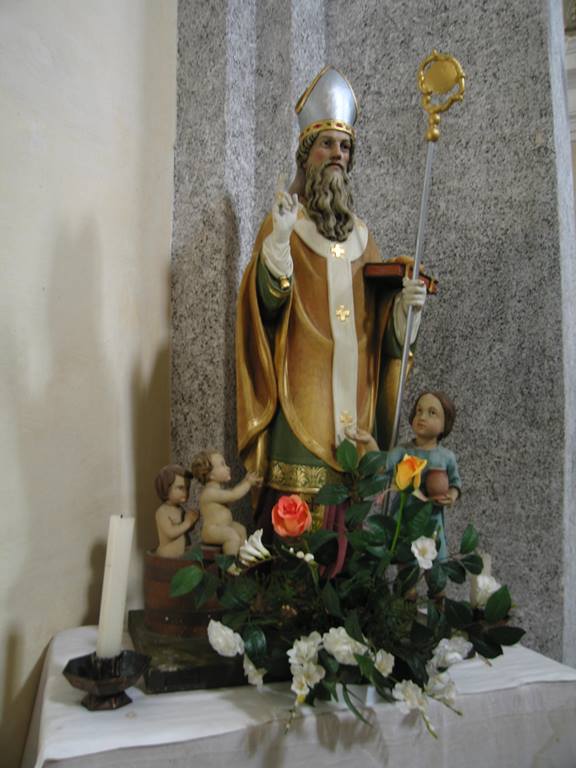