“Kill your darlings!” they say.

Oh, how it hurts to have to cut carefully crafted episodes out of my manuscript, just to comply with the expected word count.

Here is one such incident that that had to go. It took place on the Isle of Capraria, very near the end of the book.

About a hundred men – all dressed in long brown robes, all shaven in the same manner – sit on long benches around the walls of the hall they call the chapter house for the daily Collatio. As a guest, I am offered a seat of honour with the more senior monks on the raised dais.

The Cantor leads some formal prayers and chants – all unfamiliar to me – and a brother goes to the lectern to read the chapter for the day. I start as he announces it is to be the sixteenth kephalaion of John’s Evangel. Father Placidus notices my excitement and asks in a hushed tone if I recognise the passage. I beam and nod.

After another brief prayer and a moment of silence, several monks make a remark or pose a question, to which another – or sometimes the Abbot himself – responds:

“It’s typical of Peter to object to Jesus washing his feet. He’s always rather impetuous”

“But Jesus’s answer is telling: ‘If I do not wash you, you have no part with Me.’”

“I am so grateful that He has washed away the bitterness I had harboured in my heart since the invaders drove my family from our villa.”

“When He says ‘He who has bathed needs only to wash his feet’, I think He is speaking metaphorically; our feet symbolise our contact with the godless world, which pollutes us and requires repeated cleansing.”

“It’s Peter again who says he’s willing to lay down his life for Jesus.”

“But Jesus prophesies he’s going to deny he knows him three times.”

“At least he was pardoned; Jesus reinstated him after He rose from the dead.”

“Not like Judas, who betrayed the Lord, and paid for his sin with his life.”

“In the end Peter was martyred for standing up for his faith; they say he was crucified upside down by Emperor Nero.”

“I wonder if I would be ready to die for Jesus. Lord, give me strength!”

“I think the most important message here is the new commandment Jesus gives to His disciples, to love one another as He loved them.”

“By washing their feet! That’s scandalous!”

“And He said that everyone would know they were His disciples by their love for one another.”

“That promise applies to all His followers, today also.”

“Would that it were so,” the Abbot interjects, “that believers would truly seek to further God’s kingdom in unity and love, instead of spending their energy bickering and warring over different interpretations of certain obscure passages.”

I whisper to him. He nods. I cough. “What you have all just said reminds me of my mentor Bishop Cerbonius, whom your worthy Abbot knew.” All eyes turn to me. “On his deathbed he urged me to concentrate on spreading Jesus’s wonderful message of love and reconciliation. He set a good example, too, putting his faith into practice by caring for the weak, standing up for the rights of slaves, promoting justice …”

“Amen!” someone shouts. “What does the Lord require of us but to do justice, and to love kindness, and to walk humbly with our God?”

“But what does He require of us here in this isolated community?”

“That we spend time in prayer.”

“That we repent of our sins.”

“That we work faithfully at our assigned tasks.”

“That we live in peace together.”

Father Placidus interrupts. “Let us each ask the Lord if there is any impediment to unity in his heart, any resentment or animosity towards another here.”

Two or three monks rise and make their way to others. 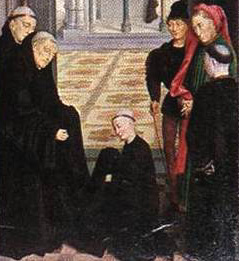 I watch as they whisper together, kneel in prayer, then embrace.

Lanky stands. I stare. He comes in my direction and kneels before me. “I’m sorry …” – So, he can speak. – “I looked down on you for not being one of us. And I despised your youth. I was wrong to judge you. Please forgive me.”

I burst into tears and throw my arms around his neck.

When all have returned to their seats, the Abbot asks if anyone has any further remarks concerning the passage that was read.

I turn to him, a question in my gaze.

I wipe my eyes with my sleeve. “I have been very moved by what I have witnessed here.” I sniff. “But I do have another question. The brother read, ‘Jesus knew that His hour had come’ and, then, after the traitor had left, Jesus goes on to say, ‘Now the Son of Man is glorified.’ I don’t understand what He meant. What was so special about that moment?”

“Until then Jesus had ministered largely in public – teaching, healing, performing miracles like turning water to wine and walking over the sea.” It’s the Prior to my left who ventures a response. “But He was misunderstood. The people expected Him to raise an army to overthrow the Roman rulers.” He glances down for a moment. “And the religious leaders opposed him for not complying with their rules and regulations. They wanted him executed.”

He points at the scroll on the lectern. “From this point in time which was read to us, Jesus withdraws to be with His closest friends – now only eleven. He knows the hour has come when He will be called to suffer and die, sharing our mortality and accepting in His body all the depravity and injustice which mar human society. He also knows His Father will raise Him up again. The Son of Man is about to be glorified, not by force, but through weakness.

“His hour had come.”

Father Placidus pronounces, “Amen!” He whispers something to his servant Severus, who leaves the room. “Jesus said, ‘Now that I, your Lord and Teacher, have washed your feet, you also should wash one another’s feet. I have set you an example that you should do as I have done for you. Very truly I tell you, no servant is greater than his master, nor is a messenger greater than the one who sent him.’ Let us do just as He says.”

Severus arrives with two basins. Another monk brings a jar of water and some towels. I can hardly believe my eyes, as one by one the monks wash each others’ feet. Again I’m moved to tears as none other than the Abbot himself kneels in front of me and removes my sandals. With a tender touch His gnarled hands rinse my feet, then dry them. What humility. What love. 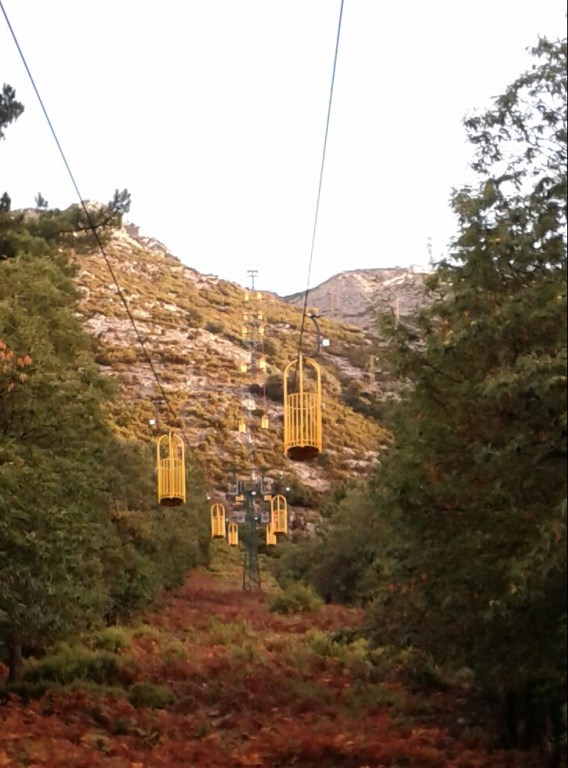