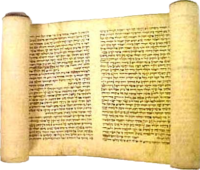 Aware that he was soon to die, Cerbonius bequeathed all the wisdom he had garnered over his long and colourful life to his spiritual son, Silvanus, in the form of a scroll of warnings and admonitions for young Christian believers.

Silvanus would have liked to read Cerbonius’s advice out loud and ask for explanations where necessary. But the aged Bishop was too weak. So I’ve taken the liberty of here reproducing the headlines of that catalogue, together with some comments the Saint would have voiced had he had the strength:

Each of these headings was elaborated at length in Cerbonius’s scroll. Such words of wisdom might even be of value to Christians today.