Jonathan Bardill researches in Roman and Byzantine archaeology. He has held fellowships at the Institute of Archaeology and Linacre College. Oxford, at Dumbarton Oaks, and at Newcastle upon Tyne. He has a particular interest in the archaeology of Istanbul, and explores the history and chronology of many of that city’s late antique buildings in Brickstamps of Constantinople (2004).

William Bowden is Lecturer in Roman Archaeology at the University of Nottingham. He specialises in the archaeology of Roman and late antique Greece and Albania. Recent publications include Epirus Vetus: The Archaeology of a Late Antique Province (2003) and Byzantine Butrint: Excavations and Surveys 1994-1999 (2004 with R. Hodges and K. Lako).

Gian Pietro Brogiolo is Professor of Medieval Archaeology at the University of Padua. He specialises in late antique to Early Medieval settlement (the countryside, castra, churches and towns). His recent publications include Aristocrazia e campagne europeo (IV-VIII secolo), (forthcoming with A. Chavarria).

Gisella Cantino Wataghin teaches Christian Archaeology at the University of Eastern Piedmont at Vercelli. She has written numerous studies on late antique cities, particularly those of northern Italy. Her recent publications have dealt with Christian topography including “Christian topography in the late antique town: recent results and open questions” Late Antique Archaeology 1 (2003) and “The ideology of urban burials” in The Idea and Ideal of the Town between Late Antiquity and the Early Middle Ages (1999).

Simon Elms gained his doctorate from Lincoln College Oxford, on late antique urban housing in 1984, and published Roman Housing in 2000. He directed excavations at Carthage from 1977 to 1988. From 1989 to 2001 he worked in UK local government. In 2001 he joined the UNESCO Institute for Statistics. He is responsible for global stages on Education, Science and Technology, Communications and Culture including a recent initiative on archaeological sites in the World Heritage list.

Adam Gutteridge is the Artemis A. W. & Martha Joukowsky Postdoctoral Fellow at the Pembroke Center, Brown University. His PhD (Cambridge, 2005) considered perceptions of time and temporality in late antique culture.

John Haldon is Professor of Byzantine History at Princeton University. His research focuses on the history of the early and middle Byzantine empire, in particular in the period from the 7th to the 11th centuries, on state systems and structures across the European and Islamic worlds from late ancient to early modern times and on the production, distribution and consumption of resources in the late and Post-Roman world, especially in the context of warfare.

Susan R. Holman is an independent scholar in Cambridge, Massachusetts, currently supported by the Project on Lived Theology at the University of Virginia. Her research interests include social issue in the sermons of Basil of Caesarea, and the role of religion in responses to poverty, hunger, and health care in late antiquity. Her publications include The Hungry are Dying: Beggars and Bishops in Roman Cappadocia (2001).

Luke Lavan is Post-Doctoral Research Fellow of the Katholieke Universiteit, Leuven, working for the Sagalassos Archaeological Project His doctorate (2001) considered Provincial Capitals in Late Antiquity He has edited conference volumes on late antique urbanism, the countryside and historical methodology, and is series editor of Late Antique Archaeology.

Carlos Machado is a doctoral student in Ancient History, Linacre College at Oxford University, funded by the Brazilian Ministry of Science (CNPQ). He is working on the political use of space in late antique Rome, and the appropriation of urban space by the senatorial aristocracy. He has been awarded a scholarship by the British School at Rome for the year 2006, to start a project on the dedication of honorific statues in late antique Italy and North Africa.

Emanuel Mayer is Assistant Professor in the Department of Classics at the University of Chicago. He specialises in the visual cultures of the Roman empire with a strong emphasis on political iconography. His PhD thesis on late antique state monuments was published under the title Rom ist dort wo der Kaiser ist.  Untersuchungen zu den Staatsdenkmälern des dezentralisierten Reichs (2002).

Wendy Mayer is Deputy Director and QEII Research Fellow in the Centre for Early Christian Studies, Australian Catholic University. She specialises in the social history of Late Antiquity, with a particular interest in the data contained in the writings of John Chrysostom. In 2005,  together with  two  colleagues,  she was awarded a major grant by the Australian Research Council to examine poverty and welfare in the late antique period.

Richard Reece retired as Reader from the Institute of Archaeology, UCL, in  1999 where  he  had spent 30 years teaching courses on Roman coins, the later empire, and Roman Britain. Outside Britain his main interests have always been in coins from sites throughout the empire and the transition from Roman to Romanesque.

Steve Roskams is Senior Lecturer in Archaeology at the University of York. He is interested in all aspects of urban archaeology, both theoretical and practical. The former employ Marxist perspectives to understand Roman to Medieval transitions, such as in “The poverty of empiricism and the tyranny of theory” in U Albarella (ed.) Environmental Archaeology; Meaning and Purpose (2001), with Tom Saunders; the latter develop techniques for interpreting complex urban sequences, as in Teoria y Practica de la Excavacion (2003).

Lukas Schachner is post-doctoral research assistant at St. John’s College Research Centre, Oxford, UK. He specialises in monasticism, religious topography and economic issues in Oriens and Egypt during Late Antiquity and the period of early Islam. Recent publications include ‘Wine-production in the early monasteries of Egypt and the Levant’, in ARAM 17 (2005); “Natron sources in antiquity and their use in glass production” (with A. Shortland, L Freestone, M. Tite), The Journal of Archaeological Science (forthcoming).

Ellen Swift is Lecturer in Archaeology at the University of Kent. She specialises in dress accessories and the late and transition in the West and is currently working on a project on Roman decorative art, including mosaics, vessels, and dress accessories. Recent publications include “Late Roman bead necklaces and bracelets”, in Journal of Roman Archaeology 16 (2003) and “Dress accessories, culture and identity in the late Roman period’* in Antiquité Tardive 12 (2004).

Paul Van Ossel is Professor at the University of Paris X Nanterre where he teaches Gallo-Roman archaeology. His work focuses on Gaul, particularly on landscape, economy and society during late Antiquity. He is director of the journal Gallia and his published works including Etablissements ruraux de l’Antiquite tardive dans le nord de la Gaule (1992) and Champion, Hamois: um villa romaine chez les Condruses (2001).

Enrico Zanini is Senior Lecturer in Methodology of Archaeological Research at the University of Siena. His research interests are focused on Byzantine Archaeology in Italy and the Mediterranean basin, invoking excavations in the ‘Byzantine Quarter’ of Gortyn, Crete. Recent publications include; “The urban ideal and urban planning in Byzantine new cities of the sixth century AD.” Late Antique Archaeology 1 (2003); and “Indagini archeologiche nell’area del ‘quartiere bizantino’ di Gortina; prima/terza relazione preliminare” ASAtene (2002-2004). 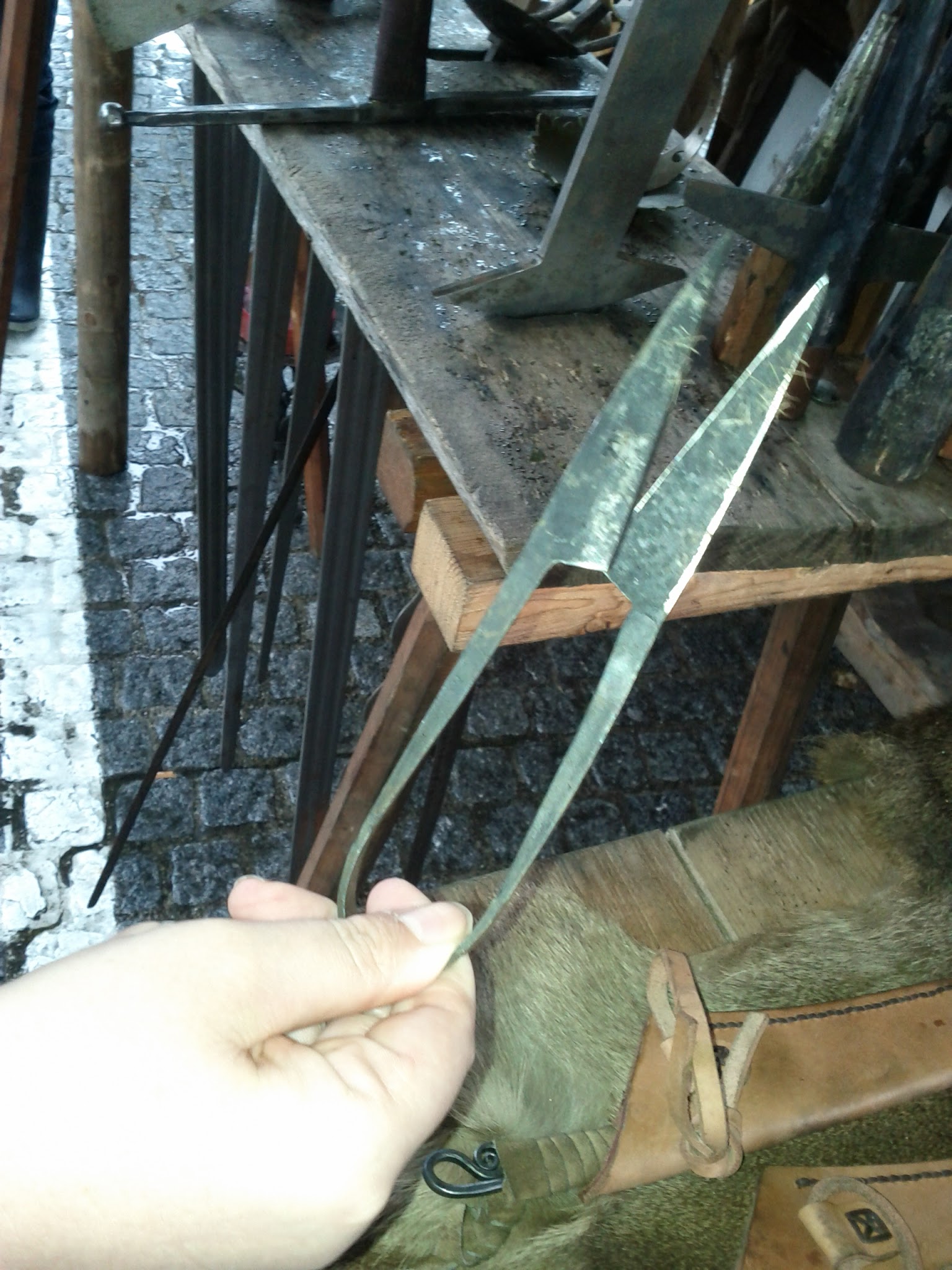