Today’s forecast was better, so I decided to take the parrot-cage lift up to Monte Capanne 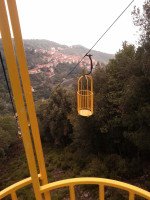 and decide there what to do. It was thick cloud at the top, so I stopped for a cool cappuccino (the power had failed!) and slice of chocolate cake, before venturing up the steep steps to the summit. On the way, I saw an elderly Belgian lady labouring up with the aid of 2 crutches – quite a feat! It turned out she was a retired marine biologist, part of a group, most of whom were walking up; but she had had to take the cable-lift, since she had recently had an artificial knee fitted. There’s a helipad at the top, presumably for cases like hers, who decide they can’t make it down on their own! 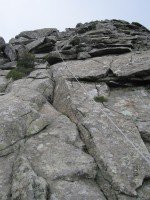 I braved the ‘alpine’ path 00, down to the saddle-point Le Filicaie. A roaming dog and the mouflon it was chasing had no difficulty in this rough, rocky terrain, but I had to cling to the generously-provided support cables in the most precarious places. Then I made my way south along the ridge east of the Pomonte valley, viewing the dense woods in the ravine where Silvanus involuntarily spent a couple of nights in a cave. There were massive, crazy-shaped boulders lying ready for Aquila to hurl down on him, some precariously balanced on others. Which gods placed them there? Why? 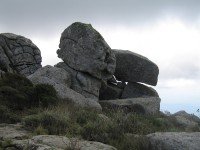 I soon found the remains of a stone enclosure, where I had the other half of my picnic, and watched a praying mantis and big black beetle. A bit further, and I saw a real caprile: a round, dry-stone hut adjoining a goatpen. From here there were super views over the islands of Pianosa, barely visible above the water, Montecristo and Capraia. I also saw Pomonte, the 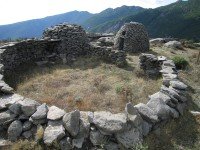 Campo plain, the Capoliveri peninsula and Italy in the distance.

The terrain was rather bare with low macchia – an easy route for Silvanus and the mules. It meandered almost along the contour, across the Seccheto valley and over the next ridge, where there were more caprili. Gradually, I made my way downwards and into more civilised country, passing a grove of

massive pines, and down into the hillside village of San Piero. There was time for a drink and a gelato before the bus took me a circuitous route and then again around the west coast to Marciana.

By now I had really learned to appreciate the walking sticks and the GPS-assisted AlpineQuest app with pre-loaded offline maps of the area.

Another fine meal in Bar Monilli. Another very satisfying day, this time with beautiful weather. And my last night at Valle dei Mulini. 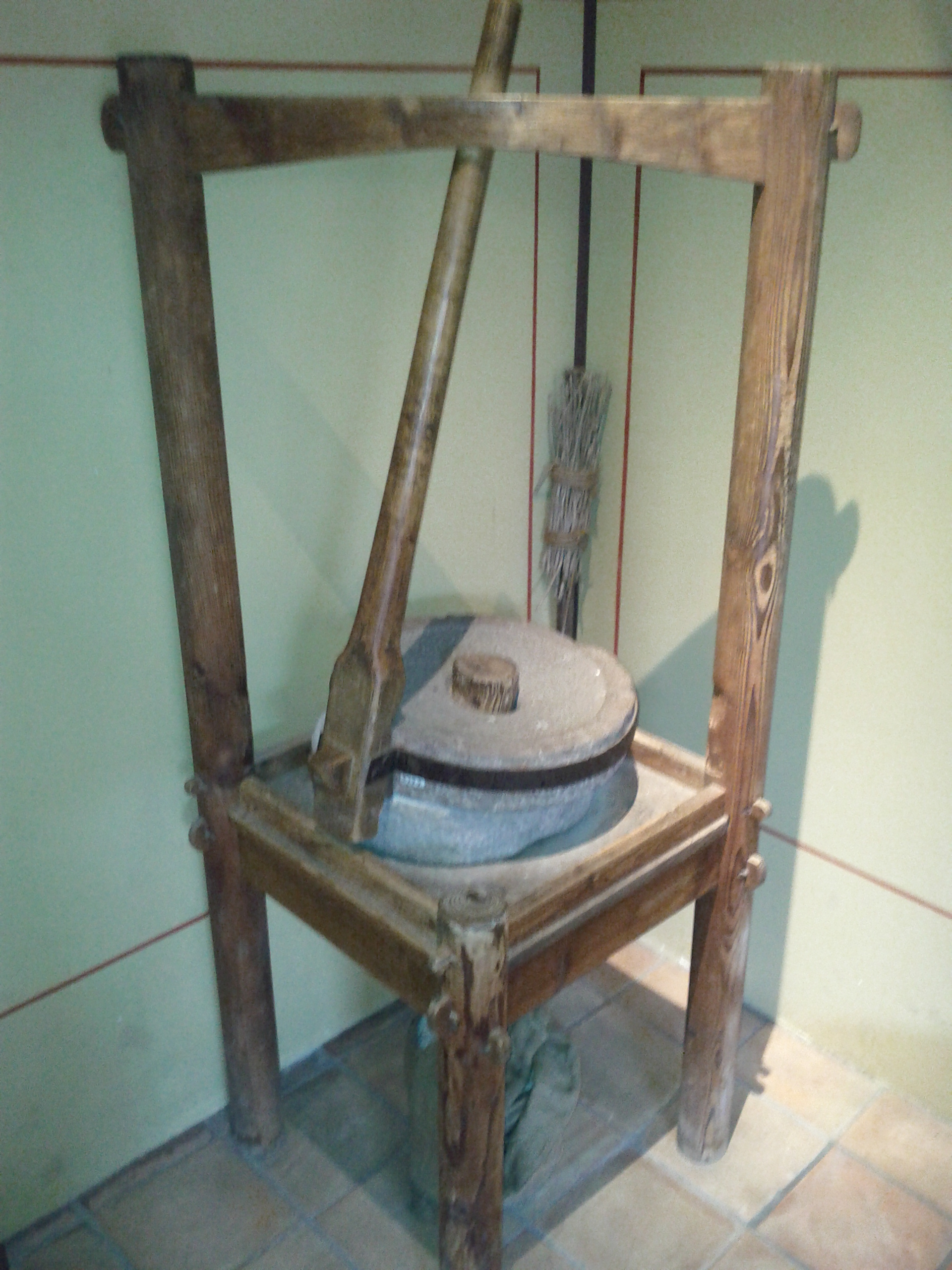