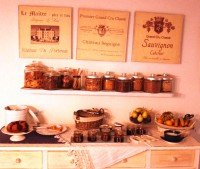 After one of Chiara’s famed multifaceted breakfasts, I bought some bread, salami and chocolate in the village ‘Market’, a tiny shop selling everyday goods, and set off up towards Madonna del Monte, a Church of pilgrimage about half an hour’s walk up Monte Giove – a place that was to prove significant later in the week. More of that later. 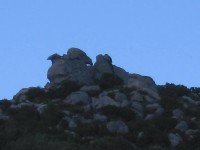 On the way, I made a slight detour on path 13 towards the coastal village of Zanca, to take a photo of the dominating eagle-shaped rock, l’Aquila, which Silvanus feared so terribly as a manifestation of the god who constantly watched his every move, ready to thwart his plans and generally make his life miserable for no particular reason.

In this area there are many huge, weirdly shaped rocks

and boulders, reminiscent of a variety of animals and mythical figures, e.g. Il Gigante – enough to terrify any child brought up to fear the multitude of pagan gods.

After eating half of my picnic lunch on the top of l’Aquila, I continued on path 3, the well-made ancient mule track, which, until the 1960s, was the only land route to the western villages of Pomonte, Chiessi, etc.! Again, many strawberry trees, ilex oaks and the various shrubs of the macchia lined the path. 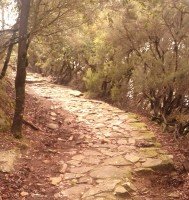 Near a nicely laid out picnic area with tables and benches under massive pines, there’s the vantage point known as Il Troppolo, where a path branches down to Patresi. Unfortunately, the clouds were closing in, so I couldn’t enjoy the view, and, as I continued gradually downwards towards Pomonte, it began to rain. There was nothing for it but to press on regardless. After a while, I crossed the ridge, giving me a view into the forked valley, where at some stage in the early Middle Ages the village of Pedmonte grew; there’s no visible evidence left, but, if the weather allowed it, I’m sure Silvanus saw some few houses down in the valley, which he determined to avoid by crossing it as high as possible.

As I approached Pomonte, the signs of recent

civilisation increased: cultivated vines and prickly pear groves, waterworks and the first houses. Down in the village at about 4 p.m., I discovered there would be a bus to Marciana at 18:25. That meant having  drink and a bite to eat, stripping off my soaking wet jacket, hat and shirt and putting on the

pullover I had fortunately brought with me, which had remained reasonably dry in the rucksack, and waiting. The journey back along the west coast with the setting sun peeping out from the clouds and the silhouette of Capraia in the distance was quite spectacular.

Cold and wet, I rushed home to see if Chiara could help with drying my clothes; all she could offer was that I hang them in the washing/heating room. What with the 100% humidity, they still weren’t dry 2 days later.

This evening I headed for Bar Monilli up near the Fortezza Pisana and had a sumptuous meal of bean soup followed by stuffed aubergines. Again a very valuable – if wet – day: 16 km hike. 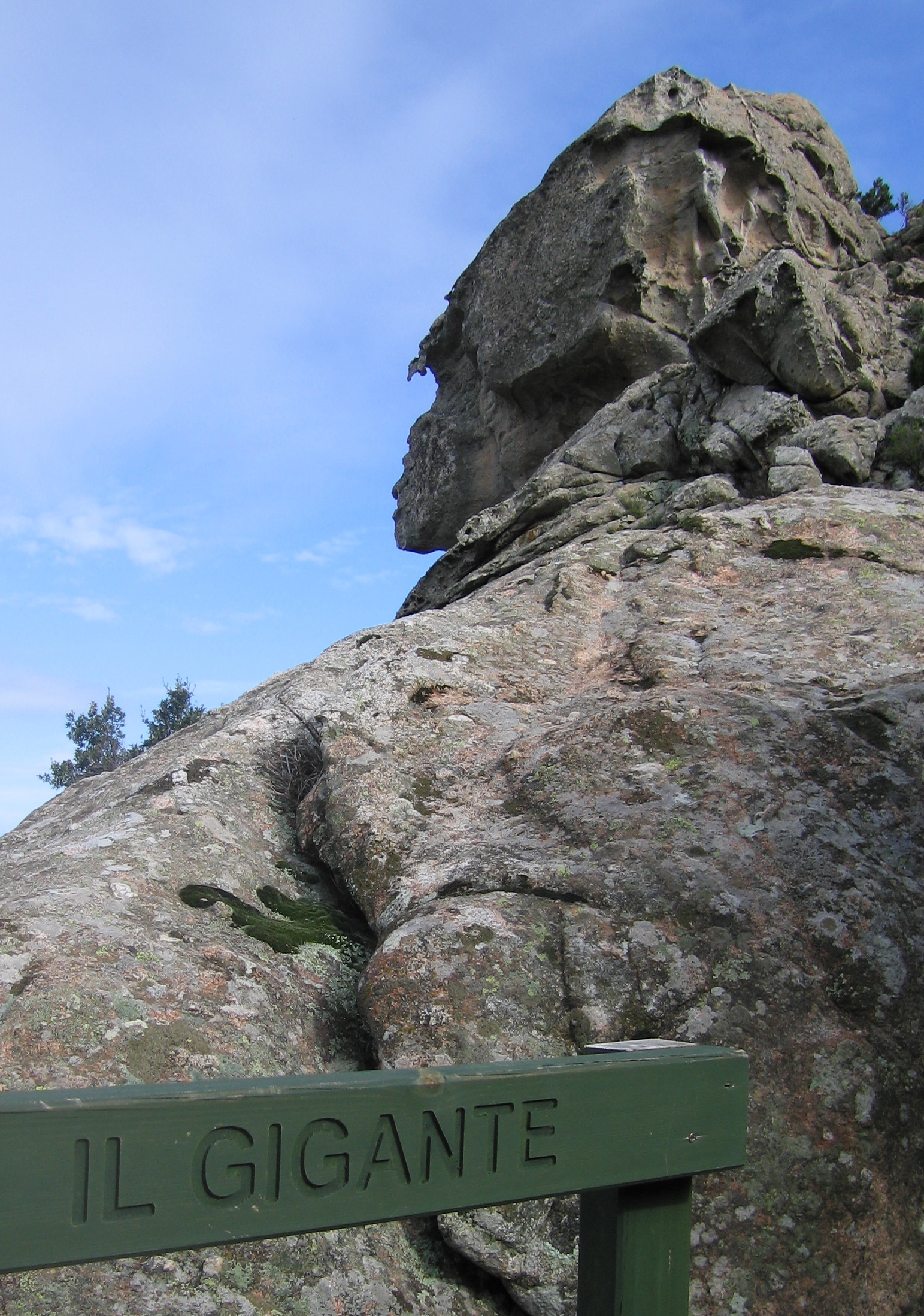