I was in the Storytelling Fundamentals stream with instructor Sam North, who teaches Creative Writing at Exeter University. We were about 15 participants from all over the world – Philippines, Sweden, Nigeria, India, USA, UK, Switzerland – mostly living in the Zürich area. A very interactive, stimulating group. I hope to keep in contact with you guys and gals!

Sam tried to throw us, by questioning some of the popular writers’ slogans:

Instead he introduced some precepts of his own, such as:

We were given a variety of practise exercises, such as describing an activity using only concrete nouns – simple but revealing! We also talked a lot about the Beginning, End and Middle of a story.

Two works, which we had been given to study as preparatory homework, we discussed in some depth: the poem “About his person” by Simon Armitage and the short story “Breakfast at Tiffany’s” by Truman Capote. Again, we gained a great deal by analysing the techniques these authors used.

Many thanks to Kelly Jarosz and Chantal Panozzo for organizing the very successful workshop! 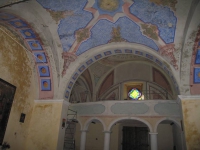